Kudos to our customer!

Kudos to our customer!

We are super excited for our longtime customer Maryann Rems, who is competing for $1 million in the finals of the 45th Pillsbury Bake-Off March 25-27 at the Peabody Orlando Hotel. Not only is Maryann a wonderful human being who always puts a smile on your face, she is an amazing cook!

Her recipe for Cherry-Jalapeño-Cream Cheese Tartlets (which you can get by clicking HERE) beat out tens of thousands of recipe entries to become one of the 100 finalists competing for the grand prize. 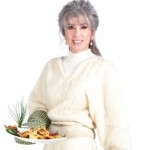 Maryann is rapidly becoming a public figure here in Central Florida. She was featured in the February issue of Orlando Magazine, and the interview is worth a read! She will also be making and serving her tasty recipe at Plaza Venezia Publix (7640 West Sand Lake Road, Orlando, FL 32819) this Saturday, March 10th from 11am to 2pm.

Expanding her reach even further, she will be included on The Martha Stewart Show in a series of segments on the Pillsbury Bake-Off Finalists. Be sure to tune in every day to see “The Road to The Bake-Off Contest”. We’re not 100% sure, but we think Maryann’s segments will be airing through the week of March 19th. Martha Stewart will announce the lucky winner in a live broadcast of her show from the Orlando Peabody on Tuesday, March 27th.

Offline ! We will start taking orders in